The Sarasota County Sheriff’s Office has been using the Pacific Concepts hanging gun bags for almost 2 years. We store over 750 firearms using this system, and it has alleviated issues involving restocking, damage to firearms, and storage space concerns all at a very low cost. To date, none of the bags have degraded, and unfortunately for Pacific Concepts, we do not plan on purchasing any replacement bags any time soon because these are so durable. I would be happy to talk to any agency about our experiences utilizing this outstanding product. All the best,

Pacific Concepts was founded in Seattle in 1987. It was the first company specializing solely in storage solutions for the hospitality and corrections industries. In the years following, Pacific Concept's designs became industry norms in soft storage. Pacific Concepts was the unquestioned leader and was the only company of its kind in continuous existence.

HBD, Inc., was founded in 1969. It is one of America’s leading suppliers of bags and covers to various industries, governments, and the US military. HBD is headquartered in a 33,000 square foot building in Greensboro, North Carolina.

HBD has warehousing, production, and printing facilities in Greensboro. Most of its Pacific Concepts production is in China, where it has been making products since 1992. HBD has an office near Qingdao, China.

Pacific Concepts is unique in the hospitality and corrections market in warehousing substantial quantities of each of its products. Partial or even complete replacement shipments can often be made from stock.

Because of its relationships with major US retailers and governmental units, HBD alone offers a level of customer service that includes immediate contact with dedicated customer service people, EDI, and barcode capability. Pacific Concepts has regular full-container load shipments scheduled, so shipping is guaranteed to be timely, efficient, and cost-effective.

Pacific Concepts is a small company, so individual attention and quick response is guaranteed. However, Pacific Concepts is also large enough to guarantee the financial, production, warehouse, and customer service capacity necessary to satisfy the demands of the largest worldwide companies, militaries, and governments. 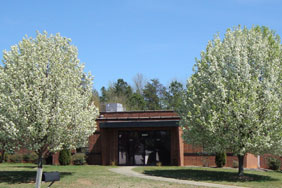